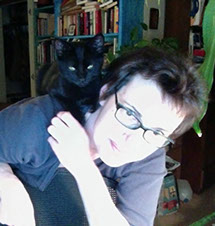 I sometimes joke that the rural place in the Redwoods of California where I live, Humboldt County, is like fly paper. People land here and make motions of trying to leave. But then they sink back into Humboldt County and stay forever.

I landed here in the late 80s. It was only going to be for a year. I’ve fluttered off to other places for brief periods, notably graduate school in the Midwest in 1990 and trips overseas, largely to the UK. But for the most part I’ve remained pasted in place here in the far northwestern reaches of California, about six hours north of the San Francisco Bay Area. The weather is nice and rainy (much like a mild Britain) and, overall, it’s a bizarre and interesting enough place to land in and stay.

I first visited the UK in the early 90s, and used to return on occasion to see friends and colleagues and to photograph the Underground stations and parks that were to become such an important part of my work. I also spent time at the British Museum studying a majority of Mrs Delany’s original “paper mosaicks.” Recently I haven’t been travelling much, but that connection keeps pulling me back in all sorts of ways.

My paper mosaic collages have won awards, been in gallery and museum shows on the West and East coasts, and have been featured and published nationally in the US. Several of my pictures are also represented by Bridgeman Images. You can purchase high-quality prints from them and from Art.com.

Increasingly my work has been evolving from the paper mosaic realm into artist’s books and more sculptural things, and these have been shown here in the US and in the UK and Australia. The Paper Chipmunk Press is my bookmaking alter ego.

I live with my husband Victor and our cats Dominic and Steve. I enjoy spending time in my carnivorous plant garden, but spend as much time as I can in my studio.

Reproduction and/or use without permission prohibited.